The Melting Point of Passion and Commitment

Doing M. Phil in Environmental Science from Jawaharlal Nehru University (JNU), Delhi after graduating from the prestigious IIT-Bombay may not be an intelligent move in today's time. Hailing from the city of Taj, Agra, D. P. Vajpayee was ready to take that risk two decades ago. But why? Vajpayee says, "I was always driven by the passion to do something for the nation. In 1991, I moved to Delhi, so that I can prepare for Civil Service Exams." The capital city of India has always been a hub for IAS aspirants. Every year, thousands of motivated learners from different parts of the country arrive in the city and join in any of the IAS coaching centres located in Rajender Nagar or Mukherjee Nagar, with a hope of becoming India's superior public servants one day.

Managing his studies in JNU and CSE preparations simultaneously, the hardworking and committed Vajpayee did crack the CSE mains twice in 1993 and 1994. Alas, in both the attempts, he could not go through the final round the toughest personality test. For me, it was one of the biggest setbacks in life, says Vajpayee. But, he was not among those who would give up soon. With all the experience that he gained over the years, Vajpayee started guiding the learners and he has been exceptionally good as a mentor for people who take Physics as optional for CSE.

Now, for those who come to Old Rajender Nagar seeking an expert guidance in CSE, Vajpayee is popularly known as Vajpayee Sir. Since 2005, he and his wife runs DIAS (Delhi Institute for Administrative Services), where they guide more than 120 students every year for CSE and IFS examination. Sitting in the modest office of DIAS, Vajpayee says, "Preparing for Civil Service is a completely life-transforming experience. At DIAS, we do not focus on creating UPSC exam toppers. We develop students holistically and guide them to become ethical leaders who can contribute to the great process of nation-building."

Indeed, DIAS is second to none in the country when it comes to preparing CSE aspirants who take Physics/Chemistry and Mathematics as optional. "Almost all selections in CSE from Physics/Chemistry and Mathematics in the last decade have been our students. In every batch, 40 percents of students are IITians and they come from different parts of the country through referrals," claims Vajpayee. In CSE 2016, DIAS had nine selections in top 100 and since then, there are at least 20 DIAS students every year in the overall merit. "We have 20 - 25 percent success rate, which is excellent for a CSE coaching centre considering the difficulty level of this exam. We maintain it by limiting the batch size and providing individual attention to the students," shares Vajpayee.

Along with Vajpayee, DIAS has more than 12 committed faculty members who deliver cutting-edge, comprehensive, well-structured, holistic and focused guidance and support system, not only in science optional but also in subjects like General Studies, Essay, Public administration, History and Law. Like Vajpayee, most of them hold degrees from IITs, JNU and other reputed universities. Now, DIAS has also opened a new centre in Lucknow so that more learners can experience a quality CSE coaching. "DIAS is a values-based institution. I have never thought of making a lot of revenue out of this, as I always believed that the nation needs committed people who are aware of their duties," concludes Vajpayee. 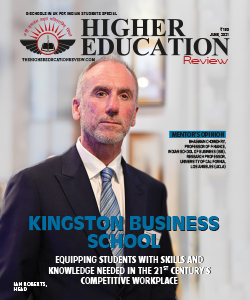 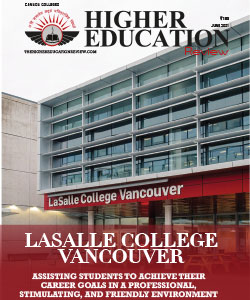