Chitkara University: An Epitome Of Excellence In The Field Of Education

Chandigarh - 'The City Beautiful', is one of the most promising cities after the Bengaluru which is contributing actively to the growth of the startup ecosystem in the country. Recognized as the first planned city in the country post-independence, Chandigarh was designed by Swiss-French architect Le Corbusier who transformed earlier plans created by the Polish architect Maciej Nowicki and the American planner Albert Mayer. With its well-defined infrastructure and efficient administration, wide roads and well-0managed traffic as well as convenient.

Air connectivity to all major cities, the quality of life in Chandigarh is one of the best in the country. Located centrally and equidistantly from all part of the tricity is Chitkara University - a globally recognized organization encouraging academic excellence through interdisciplinary applied research and expanding realms of knowledge through innovation.

Contributing To Building A Skillful Society, Chitkara Marches Ahead With The Objective Of Inculcating High Moral, Ethical, And Professional Standards Amongst The Students

With its philosophical core commitment towards excellence in education, Chitkara Educational Trust established Chitkara Institute of Engineering & Technology in 2002, Chitkara International School, Chandigarh in 2004, Chitkara University, Himachal Pradesh under Himachal Pradesh State Legislature in 2008 and Chitkara University, Punjab in 2010 which was established under the Punjab State Legislature. Today, Chitkara has 12 schools in the fields of Engineering, Management, Architecture, Nursing, Healthcare, Pharmacy, Media, Arts & Design, Education, Hospitality, Applied Sciences, and Applied Engineering. Comprising of more than 13,000students and 900 faculty members, Chitkara University is one of the best universities in north India that is also recognized by the government with the right to confer degrees as per the Sections 2(f) and 22(1) of the UGC Act, 1956. Spanning across a sprawling campus of more than 65 acres of land with 40 percent green landscaping, Chitkara is equipped with a plethora of facilities such as latest technologies, sports facilities, playgrounds/tracks, in-campus banking, courier, and shopping facilities.

Leaders who are Committed to Quality

Chitkara University is a dream envisioned and realized by Dr. Ashok K. Chitkara and Dr. Madhu Chitkara - the two academicians dedicated to the mission of spreading education. Through their diligence and inspiring leadership, the duo has helped to create a learning environment that represents a unique blend of distinguished faculty, brilliant students, and positive collaborations with the industry. A renowned mathematician and a legendary academician, Dr. Ashok K Chitkara, Chancellor of Chitkara University, Punjab, and Chitkara University, Himachal Pradesh, always believes that education makes minds, not careers. Born as a teacher, his journey towards excellence started with a foray into the field of mathematics, being an optimal mathematician with over 43 years of teaching and mentoring experience. With more than 36 research papers to his credit and six students having completed their Ph.D. under his guidance, the establishment of Chitkara University was a turning point in the career of Dr. Ashok, as it pronounced the foundation of an educational system which would help reach the upcoming generation to the zenith of their success. Today, under his leadership and guidance, more than 40 programs are being offered at the university, and it is his strong academic mentorship that has resulted in the university to have more than 165 academic partners across the globe.

A teacher by heart with a quest of excellence in mind and education as a mission of life, Dr. Madhu Chitkara is the Vice-Chancellor of Chitkara University, Punjab, Pro-Chancellor of Chitkara University, Himachal Pradesh, Chairperson of Chitkara International School, and Co-Founder of Chitkara Educational Trust. Having actively contributed to the tremendous growth and recognition of the university throughout all these years, Dr. Madhu Chitkara is leaving no stone unturned when it comes to spreading the light of education in the life of tens of thousands of students. With a passion for academics and great business acumen, she has had a diversified career and variegated experience in the field of education spanning over 43 years. Today, she is one of the few women Vice Chancellors throughout Punjab and Himachal Pradesh, who is a strategic leader, highly knowledgeable, focused and has a passion for excellence.

Chitkara Engineering has established an unassailable reputation for very strong campus recruitment on the sheer virtue of its intensive focus on making all its graduates `Industry Ready'. For this purpose, linkages have been established with industry partners such as CISCO, CA, Dassault Systems, National Instruments, and Cadence Design Systems to develop and deploy industry-relevant curricula on various technologies. Chitkara's unmatched record of the best placements in top companies such as Infosys, Deloitte, Google, L&T, Godrej, SAP, Pepsico, Ericsson, Microsoft, Wipro, HCL, Hindustan Lever Limited, EClerx, Morgan Stanley, Citibank, Standard Chartered Bank, Ernst & Young, Evalueserve, Phillips, Dabur, and many more from the students of engineering and management, has helped it makes its mark among top 20 private universities of India.

Stepping to leadership skills, Chitkara's fervent input in the direction of generating employment stretches to more than 30,000 students out of which more than 1,000 students are amongst top positions such as CEO/COO/CTO of various MNCs in India and abroad. Dr. Madhu gladly says, "Till date Chitkara has produced around 30,000 graduates who have been successful at various walks of life and are very well settled across the globe. Pranav Arya (ME Batch 2002) is a pilot for the President of India and Shivum of CSE Batch 2003 is a MiG Fighter Pilot; Amandeep Singh Sidhu (ME Batch 2002) is 2nd Lead at Amazon in California; Ushank Khanna (CSE Batch 2003) is working in the New York Stock Exchange while Nitin Bali (CSE Batch 2003) is working in GOOGLE and JaiveerBawa (Batch 2009 CSPA) is working with CENTRUS and is a visionary architect and project manager for the Parliament Hill Rehabilitation project which is currently the world's largest rehabilitation and heritage restoration project ever undertaken."

Furthermore, Chitkara has also been instrumental in creating more than 70 relevant industry-linked programs in the fields of Hospitality, Engineering, Management, Architecture, Art & Design, Nursing, Healthcare, Teacher Training, Mass Communication and Pharmacy at Graduate, Postgraduate and Doctorate Level. The prime motive of the University is to carry out the academic process for achieving excellence through active teacher-student-industry participation. Contributing to building a skillful society, Chitkara marches ahead with the objective of inculcating high moral, ethical, and professional standards amongst the students. "At Chitkara University, we employ talented faculty members including academic scholars, experts who advise top Indian corporations, and the authors of important texts in technology and business. The university also has mentors who develop fresh approaches in labor relations, information management, human resources, and many other fields. Chitkara organizes Global Week every year in which more than 75 accomplished, eminent, and distinguished faculty from around 22 countries, across 53 universities from six continents conduct educational sessions for more than 3,000 students," adds Dr. Ashok K Chitkara.

Chitkara University's Centre for Entrepreneurship Education & Development (CEED) has imbibed this rhythm of igniting young minds to nurture the Nation's vision of 'STARTUP INDIA - STAND UP INDIA and EARN WHILE LEARN'. The journey has just begun with firm footholds to conquer the plethora of opportunities wherein students, faculty, alumni and community entrepreneurs get the belongingness of a company. "At CEED, we are on a mission to increase our ecosystem's productivity by simplifying the task of connecting people with the right opportunities. Broadly speaking, we believe in first creating value within the ecosystem, and then sharing that value with our ecosystem partners, mentors, investors, and startups. With a State-of-the-Art Incubation Space of over 15,000 sq.ft., located at just 1 km distance from Rajiv Gandhi IT Park, Chandigarh, our startup family has 35 dynamic tech startups which actively engage with each other to share success stories, failure lessons and sometimes, long-lasting friendships. Currently, more than 100 student startups are operational and the university is very rigorously building an ecosystem for budding entrepreneurs," speaks Dr. Madhu.

Recently, Chitkara also participated in a three-nation start-up competition for China, India and the United Kingdom, with all three nations ranking high in start-up innovations. The event titled `Ingenuity-2018 Innovation Challenge was hosted by a UK University arm, University of Nottingham, Ningbo, China. While only a select group of 17 teams from these three nations got to participate in this high-profile event, Chitkara University could send in four teams, in association with the public facility, Chandigarh Region Innovation and Knowledge Cluster (CRIKC).

Marching Ahead with Diversity and Inclusion

With a vision to make its workforce sensitive to cultural differences, Chitkara University encourages diversity in student enrolment as well as faculty recruitment. The University has a strong network with 165 Universities and Institutions all across the globe covering USA, UK, France, Germany, China, Japan, Taiwan, Singapore, Australia, and many more to make the students globally acceptable. Chitkara has rich diversity with more than 500 students in the last one year and 2000 students in the last five years being involved in an inbound and outbound exchange program of the university. Apart from this, Chitkara University is the center of attraction for higher education especially in Hotel Management, Engineering, Management, Media and Architecture for the students of nearby countries of Asian Region such Nepal, Bhutan, Sri Lanka, Myanmar, Thailand, Taiwan, Indonesia and many more. The University has 67.74 percent Women staff including teaching & non-teaching and about 40.91 percent enrolment in UG, PG and Doctoral Programs of Chitkara University are by women candidates.

Today, Engineering programs of the Chitkara University are ranked amongst top 20 at the national level, while the University itself is ranked in top 50 under Pharmacy Category and in top 50-75 in management category in India Ranking-2018 of NIRF, Ministry of Human Resource & Development, GOI. Being recognized as the Best University in North India by renewed ranking agencies and firms of international importance, Chitkara University aspires to get international accreditation by 2020. As a part of social responsibility, Chitkara University has also adopted six villages around the campus and it helps them grow intellectually, economically, and socially. 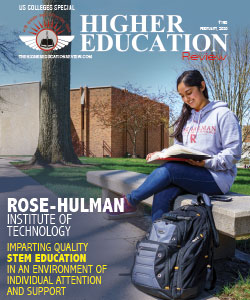 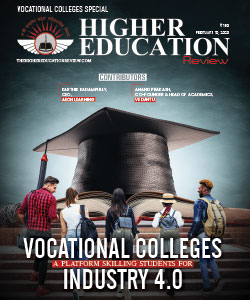 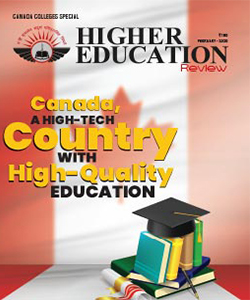 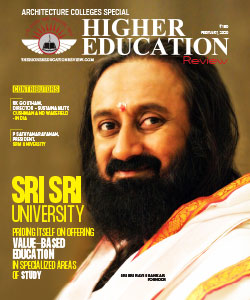