Finding the Deep seated Passion and Chasing it

“During the time I was pursuing my PhD at Imperial College, London, I, like all Research Assistants, had to assist the lecturers as a demonstrator in the laboratory,” says Prof. Kuldeep. However, on a couple of occasions when his supervisor was not able to give his lectures because of travelling abroad, he was asked to step in. “Although it was tough to prepare one-off lectures, I found that I enjoyed lecturing and that my lectures were well received. I suppose, that was the inspiration to my eventually becoming a lecturer,” says Prof. Kuldeep. Ever since this instance, he has always been happy to do teaching and research in parallel.

Three years later at City University in London, he found out that all the new lecturers were given ‘training’ through short courses on lecturing. For the test, all candidates were asked to give a lecture to their co-participants which would be video recorded and the experts would give their views and opinions on the candidate’s performance. “It was during the feedback that I received a comment that had a great impact on me - my voice control,” says Prof. Kuldeep. Due to his soft spoken and shy nature, his voice was not audible to the students sitting at the back and for this he was provided relevant training. He mentions, “The voice expert on the panel trained me on how to amplify my speech so that students at the back of the class room could hear me clearly. I think this was the single significant experience which has shaped my learning experience as a teacher.”

While he was able to gain confidence and improve himself as a teacher he feels extremely elated when he is able to guide and mentor students to achieve their true potential. He mentions, “I was once assigned as a personal tutor to young and able engineering student who possessed poor drawing skills. Due to the importance of engineering drawing, I was asked to guide and mentor him,” says Prof. Kuldeep. By utilizing various objects in his office such as a table, chair, book and other objects he was able to make him aware of perspective, hidden lines, and so on going on to complex engineering objects. “It was very satisfying to see that he obtained among the best grades in engineering drawing that year,” says Prof. Kuldeep.

Although Dr. Kuldeep was fortunate to have such a bright education and career, he feels that there is still quite a long way for the institutes in the Indian education system to go. According to him, due to the large number of engineering colleges in the country, not all of them are able to hire faculty of the same caliber that the top institutes and universities posses. Moreover, this reflects on the quality of graduates that come out of these institutes. “I believe that the practice of allowing candidates almost limitless attempts at passing a particular module should be stopped immediately as it reflects poorly on the candidate’s ability to pursue higher studies or work in industry,” says Prof. Kuldeep. He also believes that faculty exchange programs should be encouraged in all institutes which will help the students gain immense knowledge.

Advice to Students in India and Abroad

Prof. Kuldeep’s advice to students is that they should not jump at the first job offer they receive. He says, “Students must scout around to see which company is involved in the kind of professional activity they would like to do in his/her career.”

He is currently the Emeritus Professor of Structural Engineering at City University, London. After graduating in Civil Engineering from the Indian Institute of Technology, Bombay, India; he commenced his research career at the Structural Engineering Research Center, Roorkee. He then joined the Imperial College, University of London to complete his PhD. Prof. Kuldeep mentions, “It is important that the Indian institutes encourage faculty and student exchange programs which will immensely increase the quality and of education.” 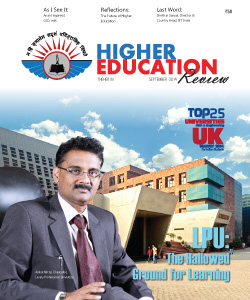