The Future of Higher Education

The models in use to design Primary and Secondary Education systems are derived from the last several centuries. From the late 17th to the early 20th centuries, the world was organised and ruled by Empires, mostly from Europe – the British Empire being the last and the largest of them. As a result much of the education systems in the world use the designs produced during the British Empire.

To run an Empire in a world with no telephones, computers and air travel requires a sophisticated manual system based on paper, cursive writing, mental and other manual arithmetic. It requires a very large number of people who carry a prescribed and finite amount of information and knowledge in their brains. The ability to remember and reproduce information accurately and quickly are essential for a manual administrative system to operate properly. In addition to these qualities, the workers of the Age of Empires also needed to be unquestioningly obedient and capable of carrying out the same task over and over again. The education system of that age was carefully designed to produce people of the above description, in very large numbers, with identical abilities as measured by an assessment system.

Higher Education, of those days, was designed to produce office workers up to the Masters (graduate) level. These would be the managers and supervisors of the workers produced by the schooling system.

Only one qualification was created in the Higher Education system to produce the kind of people who would create and enjoy the finer aspects of Empire – the Arts and the Sciences. This qualification is the PhD or its equivalent.

We continue to use this system of Primary, Secondary and Higher Education.

So, the problem is simple: The requirement of obedient, unquestioning people to do the same things over and over again is reducing due to technology. There is an increase in the requirement for critical thinking and creative thinking, to make the machines that obediently do the repetitive tasks to do interesting things – such as drive cars or remove tumours.

To produce creative people using an obsolete Higher Education system that attempts to switch creativity back on after years of the opposite conditioning is inefficient, prone to failure and expensive. We need to change the system, not ‘improve’ it. A horse drawn carriage cannot be ‘improved’ to become an automobile.

Creative people often display somewhat chaotic behaviour. They are unlikely to be mass produced sitting in neat rows and columns – silently listening and ‘learning’. They can be produced using a somewhat chaotic method called Self Organised Learning Environments (SOLEs) that I have been working with for many years. There are hundreds of teachers around the world whose experiences with SOLEs are described on the Internet.

However, changing the system from Primary Education upwards is not possible because the present Higher Education system will not admit such learners. This is definitely not possible at the undergraduate level and thus we need another way to drive the required change in education.

I think the secret to such change may lie in the way a well-designed PhD program is conducted. In a PhD, assessment is done through a conversation, the viva voce, at the end with panel evaluations in the interim and with peer review for publications. There is no ‘examination’ in the sense in which that word is used in school.

Assessment systems at the Secondary and Graduate levels need to be adjusted to match the assessment methods used in PhD programs. Obsolete examinations, such as the GCSE in the UK or the CBSE in India, need to be removed and replaced with a new system. In assessing for the award of a PhD, what we look for is a learner’s ability to attempt and, perhaps answer, a question to which no one has an answer.

This is the spirit with which we must redesign the system. Not a curriculum of what we know, but a curriculum made up of what we don’t know. The teacher’s role in such a system should be much like the ‘supervisor’ in a PhD program which is that of a friend, who stays with and encourages the learner in their quest for the unknown.

It is children who love Big Questions. Such an adjustment in Secondary and Higher Education will cause Primary Education to focus on critical and creative thinking. Changing assessment can be the easiest way to create a new education system.

He is currently a Professor of Educational Technology at the School of Education, Communication and Language Sciences at Newcastle University, UK. He was given the $1m TED Prize in 2013 in recognition of his work to help build a School in the Cloud, a creative online space where children from all over the world can gather to answer 'big questions', share knowledge and benefit from help and guidance from online educators. Prof. Sugata has a PhD in Physics and is credited with more than 25 inventions in the area of cognitive science and educational technology. 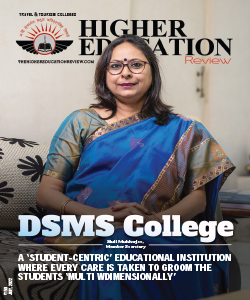