Former Indian President APJ Abdul Kalam once said, \"Climbing to the top demands strength, whether it is to the top of Mount Everest or to the top of your career.\" Tuhin Srivastava, alumni of KIET School of Engineering and Technology was able to start Immortals, an engineering design firm, based on the Technology Business Incubator at KIET. The firm undertakes various Design Projects and conducts Design Software Programs for the undergraduate students and entrepreneurs. \"When I initially planned to start Immortals I was alone, but the moment my institute heard the idea they helped me all the way until it was setup properly. They provided me the necessary strength to make it where I am today,\" says Tuhin.

Tuhin\'s alma mater, KIET School of Engineering and Technology which is on the outskirts of Ghaziabad, guides its students to understand where their interests lie and pursue them. J. Krishnamurti, a famous philosopher once mentioned that the right education should help the student, not only to develop his capacities, but to understand his own highest interests. Students at KIET have been able to pursue their interests such as Mobile Application Development (MAD). The institute felt that it was their duty to guide its students to understand their interests and develop massive capacities. At present there are about a hundred students learning to develop apps under him. The MAD team at KIET has also attended the MAD workshop conducted by IIT - Bombay in March 2013. Similarly the institute encourages its students in to take part in clubs such as Cyborgs, Mexperts, and AIRS: Artificial Intelligence & Robotics Society (Robotics club), Technovate and various others.

While it is important that students must focus on their studies, it is also important that they give time to other activities which will help them develop themselves. With this in mind the institute has built a wide and open sports complex with the necessary infrastructure to play outdoor and indoor games. Students use the outdoor facilities for athletics, cricket, basketball, volleyball and lawn tennis. The Indoor facilities allow the students to play badminton, billiards/snooker and caroms. Students can also utilize the well equipped exclusive gyms for the boys and girls.

Going beyond the physical development, the institute has granted its students permission to conduct dancing and skits in the cultural group named Virasat. The students along with the institute organize skits, dancing, street painting, poster making and other activities under the banner of Spic-MacKay. Along with the main college fests ï¿½Epoqueï¿½- the annual techno-cultural event and \'Genesis\', the college also conducts \'Esselar\' and \'Tulip\' which are its technical fests where research paper presentations are presented and debates and other such activities are conducted. \"The college also gets important people from the industry like Sumedh Chaudhry, COO, Appnix Technologies to impart important industry information and also provide internships in their companies,\" says Tuhin.

Plethora of Facilities on Campus

To allow entrepreneurial ideas and any other form of ideas blossom, the institute has built the state of the art facilities. With more than latest 1100 computer platforms and update software in its Central Computing Facility, the institute guides its students to help them achieve their dreams. The institute provides excellent computer facilities for hands on training as it considers computer training being an integral part of the modern educational process. For students who wish to earn CCNA certifications need not look any further as KIET School of Engineering and Technology is an authorized CISCO Academy and conducts the internally valued certification.

While providing all the necessary facilities such as labs, classrooms, hostels, wifi and various others, it has also become very important to guarantee the safety and security of students. Therefore, KIET School of Engineering and Technology has ensured that all its students have full fledged access to the 24 hour medical OPD within the campus which it runs in collaboration with Columbia Asia Hospital. The campus has also installed CCTV cameras all around the campus and there are security personnel manning the entry/exit of the campus at all times. \"All the students at KIET School of Engineering and Technology feel very safe by the security the institute provides,\" says Tuhin.

KIET School of Engineering and Technology hopes to achieve its vision which is to provide its students the strength and knowledge to transform them to high achievers. With this vision, KIET School of Engineering and Technology is a place where students can acquire lots of knowledge and also develop holistically through the co-curricular activities it provides. 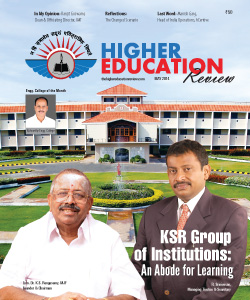