ONE advertising & communication services ltd. is one of the largest creative powerhouses in Gujarat. With the largest talent pool of experienced and creative brains in the state, the firm ensures that your brand is optimally positioned and constantly evolving in the modern market.

I have spent the majority of my professional life learning, utilizing and most importantly evolving with mass media. The strongest memory I have of the power of mass media comes from my childhood. Every Sunday morning, the entire country would come to a standstill, staring at their television screens to enjoy an episode of Mahabharata. Can you imagine what a modern-day brand would give for this kind of undisputed TG attention to their campaign?

"Media-specific communication is key, like every tool, whether it's digital, print or outdoor, has its own purpose and potential"

Those were the days when TV (Doordarshan), Radio (Vividhbharti), and Newspapers were the voice of the nation. They were the only source of news, knowledge & entertainment for the masses, making them powerful influencers. It's no surprise that we remember the age-old jingles from yesteryear but forget jingles aired last year. The ROI strategy for marketers was simple the more you pay, the more you get.

Over the years, however, the evolution of these three powerful media came in the form of expansion. With an aim to grab a piece of the publicity pie, several other players entered the television, publication and radio arena. This gave people options, which more often than not leads to confusion. Competition surely brought the prices down, but also reduced the impact.

When Facebook, Twitter, Whatsapp, and YouTube were launched, they were perceived as play tools for the idle mind of the millennial. Today, they are an integral tool of every campaign's mass media strategy. In fact, in most campaigns, they are the most important media platform. The reasons behind the same are simple. The average person spends around 10 minutes reading the daily newspaper. Compare that to the time a person spends on their mobile, which is almost all day. However, this does not mean that the press, television, and radio have lost their value. They are still a vital cog in the communication wheel. However, from a commercial point of view, they offer meager ROI.

Influencing the modern day consumer is a no walk in the park. They are followed and surrounded by a chaotic collage of brands fighting for their attention wherever they go. What's more, they are wiser, well informed, impatient and indecisive.

So then, what's the best way to be the ace in their mind space?

The answer is simple 360° media integration. Build your entire campaign on the axis of a strong, sensible and most importantly, relatable idea, integrating every mass media tool. This does not mean hammering the same message across diverse media. That creates a blind spot, which would put the entire campaign down the drainc This evokes interest and eliminates monotony.

A classic case study of the same was the Adani PNG "Ahmedabad, Load Na Lo" campaign. There was a general apathy towards daily cooking gas preference in Ahmedabad, with a "chalta hain toh chalne do" attitude strongly resisting the switch from LPG gas to PNG gas. We successfully broke through this mindset with a tactical combination of a smart campaign line "Ahmedabad Load Na Lo" and a strong brand ambassador "RJ Dhwanit."

"Ahmedabad Load Na Lo" was planned as a "wake-up call" to citizens of Ahmedabad, addressing the perils and inconveniences of having an LPG connection i.e. danger of explosion, advance booking, leakage problem, high expense, inconsistent quality and difficult transportation of the cylinders. Though his morning show, RJ Dhwanit the poster boy of Ahmedabad city and also one of the strongest opinion drivers of Ahmadabad's homemakers, quickly made the campaign line a hit amongst the masses. After registering a massive response to the same, in the second stage, the campaign revealed the brand and adopted a "myths v/s reality" route in its communication, eliminating the preconceived notions regarding PNG Gas and emphasizing its advantages over traditional LPG Gas Cylinders. Through a 360° campaign revolving around a strong central communication line and an influential brand ambassador, we successfully transformed myths into reality and awareness into action.

Looking towards the future, I believe innovation would be the game changer in the battle for the consumer's mind. If it's different, it's going to grab attention. There are a lot of media tools making entry into the communication world. The one that exploits them best will excel above the rest.

In the end, I believe that the media is only as good as the message. I will close with a quote the legendary David Ogilvy once said, which summarizes my personal philosophy of advertising ­ "Tell the truth, but make the truth fascinating." 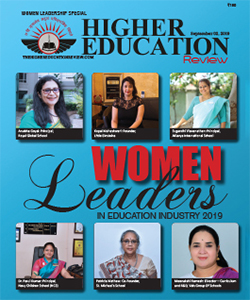