It has been widely acclaimed that in ancient times India has been the world leader in higher education. Nalanda and Takshila universities, during their existence, had attracted scholars from all over the world and given wisdom to the world. Nalanda, founded in 5th century AD, was an eminent center of learning long before Oxford, Cambridge and even Europe's oldest University Bologna were founded. After these seats of learning ceased to exist a shift in knowledge generation and dissemination took place from East to the West. Many Indian students, who can afford, are leaving the shores and heading to various destinations. Almost 55% (global average 41%) of Indian parents have been eying overseas universities for their children in spite of an estimated cost of $42,625 and $41,590 for undergraduate and post-graduate degrees, respectively. As a result of that, the total number of Indian students pursuing education abroad has jumped from 62,350 in 2000 to more than 300,000 in 2017. This outflow has caused irrevocable brain drain in addition to foreign remittances. In 2016-17 alone Indians spent $3.7 billion towards cost of education and maintenance of their relatives abroad. Interestingly, these expenses accounted for 45% of all outward remittances. As one of the largest higher education networks of the world, with more than 800 universities and 40,000 higher education institutes, the country which should have been one of the largest providers of higher education, has turned into one of the biggest consumers of higher education in the world.

In this context, the most urgent need of the hour is to upgrade the quality of domestic educational institutions. Every institution - public or private, is craving to improve quality of education, and thereby entering into the race of national and world rankings. The Government is promoting these attempts by giving some of them with "eminence" tags. The institutions which are born recently (and even not yet born!) are competing. Most of the world rankings depend on various parameters like academic reputation, employer reputation, faculty/student ratio, citations per faculty, international faculty ratio and international student ratio. Academic reputation is difficult ball game as is judged by the accomplishments of faculty and alumni. In our country, IITs and IISc enjoy high academic and employer reputation, thus making them placed in world rankings, though not at top ranks. Faculty/student ratio is far from satisfactory in most government institutions, including IITs. Our institutions have infinitesimally small numbers of foreign students and negligible number of foreign faculty. We must address this problem urgently by adopting various strategies, as no world class university can achieve its status without a substantial focus on internationalization of the campus. Today, the United States remains the country of choice for the largest number of international students, hosting about 1.1 million of the 4.6 million enrolled worldwide in 2017. The next two destinations, the United Kingdom and China, hosted 11 percent and 10 percent, respectively. However, the U.S. share of globally mobile students dropped from 28 percent in 2001 to 24 percent in 2017, while the overall number of international students more than doubled in the same period. The USA does business to the tune of $20 billion each year. Currently, higher education is considered to be the most internationally traded commodity.

"Almost 55% (global average 41%) of Indian parents have been eying overseas universities for their children in spite of an estimated cost of $42,625 and $41,590 for undergraduate and post-graduate degrees, respectively"

All the countries that have improved on world rankings have considerably increased foreign students. In 2004, China had 16 institutions in Shanghai world rankings, while India had 3; in 2016, the number of Chinese Universities jumped to 54, while India dropped to 1. Internationalization of the Universities allows mobility of the students and also of the faculty.

Launching of short term Study in India Programmes offer immense opportunity in Indian context. Foreign students like to come to India and study various India centric courses including Indian businesses, but our universities are not geared to receive them. It would provide immense opportunity to the institutions to build capacities of various kinds within their system. Presence of foreign students in the classes gives an opportunity to Indian students, as well as the faculty to get international exposure, which would help them in their career. Research collaboration and innovation initiatives will follow. I was among the first to launch such short term programmes in Pondicherry University, which helped the University to develop expertise and resources required by foreign students. The University became known all over the world in a very short time. In addition, a sizable corpus was created out of the fees collected. In the current global educational scenario, Indian institutions should internationalize their campuses. Once the system gets internalized, it will bring very rich dividends to the institutions; towards improvement of teaching-learning experience of all, the students to become globally competitive. It will also pave way to achieve rightful place in the world rankings. 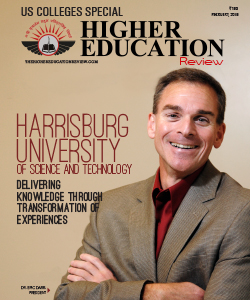