ABC for Technology Training: Providing a Unique Learning Experience on the Emerging Technologies

Learning how to code is a valuable skill and for the millennial coders, there have never been more programming languages to choose from. Indeed, with the industry in a constant state of flux and development, the programming landscape has changed so much that learning to code in a single language may potentially limit the career opportunities if that language is shunted out of use. Understanding the importance of emerging programming languages, ABC for Technology Training, a well-known finishing school in Bangalore for training on JAVA and Testing technologies, is now all set to widen the range of courses to enable the younger generation and working professionals to Upskill. "We have started with new technologies like Python, Machine Learning, AngularJS, Hadoop, Spark and Scala, in addition to the comprehensive training programme that we already have on JAVA and Testing. Everything is going to run full-fledged from December 2017," shares ABC's top management.

ABC's Journey of Transformation and Excellence

Started in the year 2013 with the registered brand name "ABC for JAVA and Testing" (and currently rebranded as "ABC for Technology Training") under that patronage of four professionals - Manjunath Aradhya, an ex-business associate with Wipro Technologies and other MNC's as well as a Placement consultant for numerous reputed engineering colleges; Srinivas Subramanya who formerly worked as an Associate Consultant at Siemens; Ravishankar Aradhya an academician par excellence with a strong leaning towards R&D and Subramanya Raj, a Resource Manager at MResults Software Company ABC has been the most sought after finishing school by final year graduates and aspiring freshers. With three centres in Bangalore, the institute's quality training has been able to contribute 3000+ quality engineers to the IT world year on year in varied Technical domains such as Developer, Tester, IMS Engineer and Business Analyst profiles.

Today, with a team of 100+ strong and committed members, ABC is foraying into a wider market

"While, Tech Mahindra an Indian multinational company hired 141 ABC'ians, Mphasis - an American global IT company recruited 135 ABC'ians and Mindtree Ltd hired more than 80 ABC'ians from our institute recently which goes to show the relevance, credibility and the effectivity of the programmes developed by ABC. Impressed by the institute's performance over the years, Hewlett Packard Enterprises (HPE, currently Micro Focus) an American multinational IT Company, chose ABC as its fifth global business associate for software training. In fact, both ABC and Micro Focus would jointly certify our trained and assessed candidates from January-2018. This joint Certification would enjoy Global Acceptance and Global Validity", opines Mr. Manjunath Aradhya, Founder, ABC for Technology Training.

"HP tools are part of many latest technologies. Now, we will be able to train our students in the tools that HP has and it will be a great value addition for our learners. In fact we will provide hands-on training with HP tools, including all the latest technologies like Agile and extreme programming. This will be very helpful for our recruiters, as they can directly deploy our students to various projects without conducting a pre-training session", explains Mr. Pradhan Nachappa, Head-Business Development at ABC . "With the introduction of HP tools, the course will be more comprehensive and would be able to deliver plug and play resources to our esteemed clients",says Mr. Vishal Petkar, Associate Head- Business Development at ABC. "There will be more case studies, real time problem solving scenarios that would be included which would robustly support on the fly recruitment needs of our esteemed clients" opines Mr. Madhusudhan- Senior Manager- Business Development at ABC.

For the question as to why it took nearly 4 years for ABC to introduce new courses, Mr. Srinivas Subramanya and Mr. Subramanya Raj, the other two Co-Founders elaborate that, "We wanted to consolidate our fresher training programme before diving into the other areas. We firmly believe that any finishing school would be as good as its trainers. In fact, the soul of every finishing school is its trainers and we would like to emphasise that we have never deployed freelance trainers to deliver our training. All our trainers are in-house and they bring ample industry experience into our classrooms. In fact, every trainer at ABC has to undergo rigorous moulding for more than a year with us to ensure quality delivery. All these processes consume a lot of time and that is the primary reason for us to have taken about 4 years to add new courses".

Today, with a team of 100+ strong and committed members, ABC is foraying into a wider market. The institute has already rebranded itself as "ABC for Technology Training" from the previous "ABC for Java and Testing" to suit its aspirations and inclinations.The management has many ambitious expansion plans in store and is determined to have its footprints in Chennai, Hyderabad, Pune and NCR very soon. Also many working professionals have shown keen interest in enrolling to our upskilling courses and therefore we will be providing courses for these professionals with flexibility in class timings during weekdays as well as run batches during weekends. We also have tie-ups with banks and other Financial Institutions to provide flexible interest free EMI's to facilitate upskilling. Indeed, Team ABC strongly believes in imparting robust and industry focused technical knowledge along with leadership qualities that would enable the creation of a better and strong nation, a nation that can hold its head high amongst the community of nations", concludes ABC's Management. 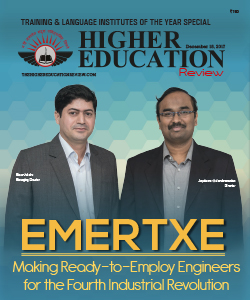