Canada is a country with six time zones, the world's largest coastline, and more number of lakes than all of the world's lakes combined. This second large landmass takes the world's breath away with its majestic range of landscapes, glacial peaks, ice-fields, green vegetation, and massive mountains. And also has two official languages English and French. Filled with popular tourist attractions, there is a long list of Canadian scenic wonders for students to sight see. Most visited tourist spots include the Niagara Falls, the 135 km-long Okanagan Lake with its supposedly scary Ogopogo monster, Glacier National Park, Banff National Park, and Canadian Rockies.

From natural peaks to skyscrapers, Canada has it all. Montreal and Toronto are two huge cities that offer everything students possibly ask for. This ethnically diverse city is also a major centre of higher education and research with many well known educational institutions such as the University of Toronto. The City of Saints, Montrial, is one that defies all expectation with its lush mix of North American and European swagger and cutting-edge culture. The 2015 QS World University Rankings rank the City the 8th-best place in the world to be a university student.

Canada is among the top three in the world in terms of spending per capita for public post-secondary education, as per the Organisation for Economic Co-operation and Development (OECD).

Canadian Universities are well renowned for their high quality degrees and every year, no less than 12 universities make it into the Times Higher Education Supplement Top 200. Students can have their pick from more than 10,000 undergraduate and graduate programs offered across 92 universities approximately and 175 community colleges. Some popular courses at the undergraduate level are Bachelor of Engineering and Bachelor of Administrative Studies, and at the postgraduate level are PGD in Management, MBA, MS and LLB degrees. 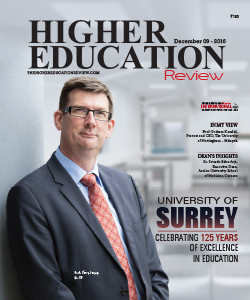