Developments in MBA Education in India

The first IIM was started in Ahmedabad in 1961, followed by IIMC in 1965 and IIMB in 1973. Thus was begun a new chapter in MBA education, when the government of India took a momentous step of introducing high quality, world class MBA education in the country. It was Peter Drucker who introduced MBA education in the USA and influenced many developments in the field of management education, including the much used Management By Objectives MBO which once used to be the rage in companies. MBO was the first systematic effort to do corporate and aggregate planning, using a market focus.

"In India, MBA education has come to stay and occupy a very important position in the academic calendar of students who are in search of good career opportunities"

Since the first IIMs were opened, a flood of MBA colleges sprouted all over India. In fact, Indian MBA education is quite well regarded all over the world, and the country has produced many management stalwarts like CK Prahlad, Ram Charan, Dr. Govindarajan, Bhattacharya of Warwick School and innumerable others, who, although of Indian origin, did not always gain fame and fortune for their work done in India. In India, MBA schools can be found in large numbers in cities like Mumbai, Bengaluru, Delhi, Kolkata, Ahmedabad, Pune, Indore and other cities. A key development in the last few years has been the opening of new IIM's, in cities like Indore, Tiruchirapally, Rohtak, and others, for a total of 17 more, after A,B,C; for a total of 20 IIMs till 2019. This was done in tandem with the opening up of new IITs and many of the NITs being recognized as at par with the IITs.

The significance of these new institutions is that the government and businesses in India, which recruit many candidates from these premier institutes, not only recognize the importance of MBA education, but also high-quality MBA education. Many companies from abroad are also now actively recruiting from the IIMs as well as, Indian companies are sending the new recruits to their foreign out-posts. Thus, in India, MBA education has come to stay and occupy a very important position in the academic calendar of students who are in search of good career opportunities.

In view of the significance of MBA education, to the country, to businesses, to students, to parents who are always concerned about the welfare of their wards, it is imperative that standards and curricula should be maintained at very high levels. Naturally, not all institutes can and will be able to function at such high levels all the time, however, the endeavor must be to constantly upgrade and ensure quality education, which will serve the customer needs. One fact that may work against the Indian MBA system so far, is that education is seen more as a career finder rather than a developer of management thinkers. This difference is crucial in the long run. Institutions such as Harvard, Stanford, MIT Sloan School, Wharton and such likes, have not only provided the American industry with high class graduates who can manage and run and create world class businesses, but also front ranking thinkers, who have developed a huge body of knowledge in management thinking, to support the growth of industry.

The one big difference that prevails between USA and all other countries is that the American MBA system is a great blend of the here and now, graduates who can run businesses just after graduating, and the far and the future, producing graduates who go on to become great management thinkers. In the footsteps of Peter Drucker, we have illustrious American Management thinkers like Clayton Christensen, James Womack, David Garvin, Philip Kotler, Michael Porter and many others, who have provided the theoretical base for continuous evolution in management practices, the adoption of which improved competitiveness, breadth and depth of American products, services and companies producing both of these. No wonder, American companies have dominated the Fortune 500 lists.

In India, the curriculum of most B Schools has to be approved by the AICTE, which is the nodal government body for establishing standards. There are many 'autonomous' MBA institutes in India, of late, and the government is now pursuing this policy vigorously, to 'liberate' MBA education. In the last few years, there have been many developments that have brought the Indian MBA at par with others in the world. Beginning with the traditional two year Post Graduate Programme in Management, equivalent to an MBA, part time MBA, executive MBA, one year MBA (pioneered at the highest level by ISB, Hyderabad and Mohali), followed, in quick succession. More recently, specialized one year MBA courses have also sprung up. The latest areas include Mass Communication, Human Resources Management, Real Estate Management, Big Data Analytics. In view of the impending 'digital economy', many institutes have started shorter specialization courses in data analytics, IOT, AI, machine learning and so on. Many MBA degree programmes have started including one or two courses in all the above areas in their curricula.

Some institutes have branched off into 'experiential learning'. This is in response to the perception that businesses expect new recruits to be 'ready to hit the ground running', meaning, become productive from day one of joining their positions. This is clearly an unreasonable position to adopt, as it leads to many institutes spending larger and larger amounts of valuable time on 'unstructured' experiential activities, like, 'live projects', 'on the job' projects, even before they acquire enough knowledge in the field. In the long run, this could become counterproductive, unless such experiential learning is well planned, designed and run with committed and experienced faculty.

Design thinking is becoming very popular, as is 'digital' thinking. Industry 4.0 is a soon expected development, and is likely to affect current manufacturing practices significantly, however, due to lack of well-developed courses; this topic is yet to find its way into MBA curricula. Owing to the clarion call given by the PM to take GDP to 5 trillion USD by 2024, and popularise 'Make in India', this topic has to be taken up speedily.

Overall, the Indian MBA system has developed, in keeping with the times, and has been able to meet the demands of the Industry. However, one serious gap is the lack of management thinking and development of theories and practices to suit Indian conditions, as well as universally applicable methodologies. Only such work will earn the Indian MBA faculty a degree of respect and recognition in the world at large. Research in management is the need of the hour and should be taken up speedily, to catch up with the long neglect. 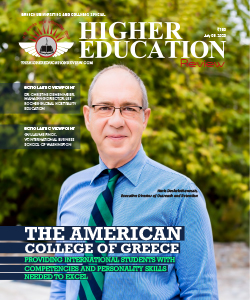