Due to the highly competitive nature of the higher education sector, several quality ranking frameworks play a crucial role in the standardization process, in India and abroad. This has several unforeseen consequences and dimensions that have been pointed out by several eminent educationists, social scientists, and policymakers. In this context, the efforts of the ministry of human resource development, Government of India, (MHRD) through the AICTE, to rank the technical institutions and universities across the country on the basis of infrastructure available, quality of faculty, academic and research outcomes acts as a miracle.

The NIRF, first released in 2015, and has established itself so quickly do to the following reasons: (a) the really hard healthy competition existing in education sector, due to the proliferation of higher education institutions including colleges offering degree colleges offering UG/PG programmes in Arts, Science, Humanities, Law, Engineering and Technology and Medicine. (b) The availability and demand mismatch resulted in the public ('the consumers') started checking the academic and professional practices existing in the colleges where they sent their wards. (c) The imperative that for awarding grants from AICTE and other national level funding agencies, the NIRF ranking can be treated as a yardstick.

"Arguably, the NIRF is, so far the most coveted and the best ranking mechanism across the country, a fact that is evident from the wide acceptability it gained in a short period of time"

Arguably, the NIRF is, so far the most coveted and the best ranking mechanism across the country, a fact that is evident from the wide acceptability it gained in a short period of time. The NIRF India Ranking 2018, the third edition, was released in 9 categories which included Overall, Universities, Engineering, Colleges, Management, Pharmacy, Medical, Architecture, and Law. In the overall category, IISc Bangalore ranked first while IITs made their presence in major categories like Overall, Universities, and Engineering.

Moreover, the University Grants Commission (UGC) has come out with a Pan India survey, the All India Survey on Higher Education (AISHE); participation in which is made almost mandatory. These two attempts by two major quality-maintaining apex bodies in higher education, pan India, no doubt, will definitely improve the quality of Indian higher educational institutions, and encourage healthy competition among them in the long run. Even though it is learned that the ministry of human resource development has initiated the process to merge these two apex bodies into one by an act of the parliament, let us hope that the quality initiates will continue. The terms of reference (TOR) of the proposed unique body, the Higher Education Regulatory Authority (HERA) is now under the public lens.

Let us consider the other institutional mechanisms available globally to rank educational institutions across the globe. They include the Times Higher Education ("THE") ranking done by the Times Higher Education magazine, first issued in 2010, and several other rankings constituted with a similar idea in mind. They are the QS World University Rankings, in which the Massachusetts Institute of Technology (MIT) ranked first during 2016-'19, which is a formidable achievement, and a kind of celestial dream for Indian universities.

One of the criteria where Indian universities may fall apart in the above two ranking frameworks is deficiencies in a number of foreign students and faculty enrolments and number of path-breaking research outcomes that will eventually produce luminaries like Nobel Laureates. However, it is heartening to note that the national level eminent institutes in India such as IISc, IITs, IIMs, and the IISERs have slowly but steadily shown their true worth in this direction. Let all the stakeholders proactively make them really world class in education and research outcomes!

The Ways to Rectify the Flaws

The most disturbing and pathetic question one may pose on these new initiatives in the higher education sector in India is probably the most painful too. Are they (the new education policies and reforms) truly addressing the higher education needs of the underprivileged, poor masses of the rural and urban India? They, even after 70 long years of independence and growth, find it hard to meet their primary needs; let alone higher education and other greater stuff. The entrance to the aforesaid higher institutes is even now almost virtually reserved for the affluent members of the society, who in the first place can withstand the rigors of the tough competitive examination through coaching online and offline.

The rural and urban poor are denied the even the chances to enter the pearly gates of such institutions of higher learning. Even though there are a few disgruntled efforts from the Government and some private players to reward and attract the talented rural and urban poor, who still remain as marginalized and underprivileged, to the mainstream of higher education, the alarming societal gap existing in higher education scenario in India, where the money power overrules everything else, is a reality. It is high time that all stakeholders pay due care and attention to reduce this multifaceted gap that exists between various sectors of the society and thereby making higher education inclusive.

Dr. Raveendranathan K. C is an experienced Professor of Electronics & Communication Engineering with a demonstrated history of working in the electrical and electronic manufacturing industry. He is endowed with strong engineering professional skilled in Mathematical Modeling, Computer Science, C++, Pattern Recognition, and Field-Programmable Gate Arrays (FPGA). 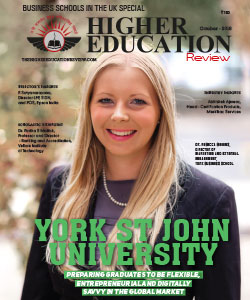