IT Boom and Focus Shift

It was in the late 1990s, that the global companies discovered India as a next generation IT market. The phenomenon called 'dotcom bubble' in 1998 ï¿½ 2002 fuelled this belief and Indian industry was rediscovering itself with a massive number of employment opportunities. As a result, companies started moving towards fresh avenues for campus recruitment, which was then limited in the IIMs and IITs. Hailing from an obscure place called Tiruchengode, KSR College of Technology was one among them. "After the dotcom bubble, campus hiring became a sort of concept where companies understood that there is a very good talent potential aligned with the tier ï¿½ II level institutions," remembers Dr. Radhakrishnan.In the early 2000s, Anna University invited companies to conduct off campus placement drives to support minor institutions. Even though, students from the KSR College of Technology performed well in those programs, the management had different plans in mind.

"We understood the necessity of attracting companies to the campus rather than sending our students to various off-campus drives. To make it possible, we established the central placement cell in 2005 and my job was to lead this department," informs Balachandran. However, as per the rigid Anna University syllabus, it was difficult for the management to inculcate the pre-placement activities in the curriculum. Breaking this barrier, the first campus, KSR College of Technology had been elevated to autonomous status in the year 2006. "When the first campus hadbeen elevated to autonomous institute, we could inculcate pre-placement activities in the curriculum, however, for the other campus it had been implemented in different manner," says Dr. Radhakrishnan.

For KSR College of Technology, the autonomous status gave the freedom of restructuring the curriculum in such way that they could inculcate the parameters set by the corporate world. With the help of KSR's experienced facility members along with professionals from the corporate world, Balachandran and Dr. Radhakrishnan and their team made a comprehensive structure for grooming the students to meet up to the industry standards. It was then that the concept called Career Competency Development (CCD) took birth. Initially, they groomed the students in their technical abilities with in-house faculty members. On the other hand, the management trained the faculty to nurture students on a holistic aspect, which includes soft skill development, communication skills, aptitude skills and so on. At present, the institute has an excellent team of in-house trainers who can transform any ordinary student to an extra-ordinary professional.

By establishing a separate placement cell, KSR could witness an exponential growth in their placement records. Year by year, the institute started receiving more number of companies in their own campus. In 2010, Tata Consultancy Service (TCS) accredited KSR College of Technology and Wipro accredited KSR College of Engineering by valuating institute's quality parameters like consistent record of accomplishment in placements and academic excellence, pre-placement programs and other many more. The same year, TCS visited the campus for placements and massive number of more than 235 students got jobs in the company. With the accreditation, both the companies visited the KSR campus for recruitments on a day-one basis. As the management could build up a strong reputation in the education field, it became easier for the third technical campus of KSR, KSR Institute for Engineering and Technology, which was establishedin 2011, to produce a decent placement result.

With a long list of corporate names who have been visiting the campus for finding fresh talents, Balachandran and Dr. Radhakrishnan reveal the secret behind it. They say, "When companies like TCS and Wipro, which are now the top Indian IT companies, accredit our institution, other companies do not need to investigate further about our quality. This has become one of the major reasons for many more companies to visit our campus for placements." While only few Indian companies are left to recruit fresh talents from KSR, undoubtedly, the campus of KSR is a hub, where corporate companies can find their future leaders.

A former official from Madras Management Association, Balachandran has a wide network in the corporate industry. He is a passionate trainer in soft skills. He is a communicator par excellence and a good counsellor.

He is a professor of English with PhD in Communicative English. He is also a resource person for Anna University, Chennai. Since 2005, he has been leading the placement initiatives of KSR Group of Engineering Institutions. 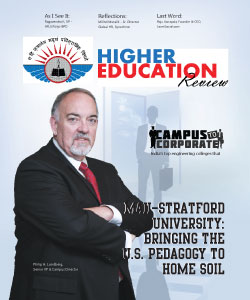