An IIT and NIT alumnus initiative, Abhyaas Educorp was established in 2009 with the mission of providing the young students a clarification regarding their career and aspiration through appropriate guidance and mentoring. Initially started with mentoring students for CAT/MAT, IELTS/TOEFL, GRE, CLAT and CRP, the organization has expanded to launch iConnex Finishing School (Campus to Corporate) and iConnex Skill Development (in collaboration with Telangana State Government).

"Our flagship product is Abhyaas Law Prep (ALP) where we prepare students who aspire to join the legal career league," shares Padma Parupudi, Co-founder, Abhyaas. The ALP has been training students since 2010 by demonstrating effective teaching-learning modules like comprehensive online ALP mock test series, classroom coaching by experts, monthly tests to check awareness of current affairs,online discussion board to facilitate doubts clearance and so on.

The founders of Abhyaas Educorp hold broad experience in the educational spectrum and so are well familiar with the factors associated with competitive examinations and career related queries.

The founders of Abhyaas Educorp hold broad experience in the educational spectrum and so are well familiar with the factors associated with competitive examinations and career related queries. Given this, in 2014, they identified the immense pressure an intermediate student goes through and decided to commence Gyanville Academy, where a unique combination of the intermediate program along with training in the competitive examination is delivered to the students.

Gyanville is a residential campus where the streams offered to intermediate students are Mathematics, Physics, Chemistry (MPC) and Mathematics, Economics, Commerce (MEC). "We understand the need for proper coaching in intermediate level as right after this exam, the real run for career starts in the life of the students. Gyanville is a pretty unique establishment where students can prepare for the present and the future at the same time under one roof," opines Ms. Parupudi.

Promising the students a brighter future, the institution takes extra caution in developing the content for all the programmes. "The team is packed with competent individuals consisting of experts who have specialized in GRE and CAT training," claims Ms. Parupudi. Appreciating Abhyaas Educorp, an alumnus of ALP, Ruthwik Rao, who is currently studying in NALSAR says, "Abhyaas provides a platform for every student to explore his/her opportunities. It takes care of even the most minute problem of the student and takes all necessary steps to bring student out of his weaknesses and build his/her strengths. I feel very lucky and privileged to be a part of the Abhyaas family." 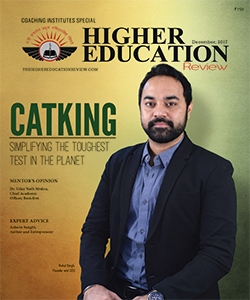