One of the world's fastest growing economies, with more than 35, 500 colleges, 700 universities and over a million schools spread across the Indian subcontinent, the Indian education system aptly boasts of being a holistic one. With the recently announced Union Budget 2016, the education system will definitely witness a steep curve in terms of progress and development. The Indian government considers 'Education' to be one of the nine pillars of development and has rightly formulated and initiated reforms for the same.

In order to tackle mammoth challenges the Indian education system is facing with respect to enrolment, excellence and employability, Finance Minister, Mr. Arun Jaitley announced an allocation of Rs 72,394 crore. This is a 4.9 percent increase in the education budget as compared to last year. The budget appropriately focused on various sectors of education, namely primary and higher education. With Rs 43,554 crore allocations for school education, this is definitely a welcome step. However, inflation and GDP growth rate may have an adverse effect.

As mentioned previously, the Indian education system demands a holistic approach at all levels, as it leads to creating leaders of tomorrow. The Government of India has rightly made extracurricular activities mandatory in schools in addition to academic schedule. This way schools practically impart knowledge and provide knowledge through real life experiences that create a major impact. It is an established fact that school education is the foundation years of a child's career graph. Therefore, schools adopt new learning methodologies and techniques, focusing on skill development and physical development. Since schools play a pivotal role, students indulge in sports and activities like 'Swachh Vidyalaya Abhyaan' or 'Waste Management Programs'. These inculcate lifetime virtues like team work, unity, sharing and being responsible citizens.

Digitization being the next big thing, the Government's initiative of digital repository of academic records is also a major leap in the Indian education system. It will not only be a major shift from traditional methods of maintaining records but will also save on the time consumed and abort forgeries. The Government's adequate usage of technology to impart education in remote parts of the country will be a game changer for country like India, where a large chunk of people do not have access to even basic or primary education.

A lot of emphasis is laid upon a teacher's role in a student's life and is rightly considered to be an idol for the learner. Therefore, the Government is imperative that teachers are properly trained and are accustomed to various teaching methods to bring out the best in a student. The teacher is expected to mould a child and is entrusted with the responsibility of identifying a student's potentials and capabilities, to provide him or her with the right kind of guidance. Moving away from the traditional ways, teachers now have to go through various tests, training and verification processes, to fit institutional parameters and eligibility criteria.

While discussing the role of schools in a child's life, a major percentage of parents in India still hesitate to send their children to boarding schools and often contemplate if the child should enjoy the facilities of home while going to a day school or explore the opportunities of a residential school.

The concept of residential schools being a very popular one in the west is the need of the hour. A residential school concentrates on the overall development of a child and generates a sense of independency. The kids are exposed to various real life situations and they have to deal with it on their own. From lifelong friendship to team work, various aspects of life are pondered upon that have become a necessity in the ever changing modern world. In the closely knit environment, special attention is paid that student's security while providing them with basic core values and necessary ethics like love, care and respect, which help in shaping the very character of a child.

An alumnus of the London School of Economics, Amith Bajla is a young social entrepreneur and at an age of 35, he established Taurian World School -a world class school in the backward areas of Ranchi and visions to establish 100 such schools. 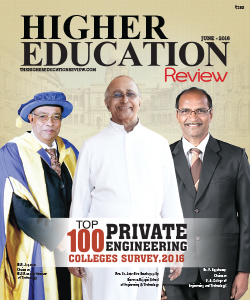